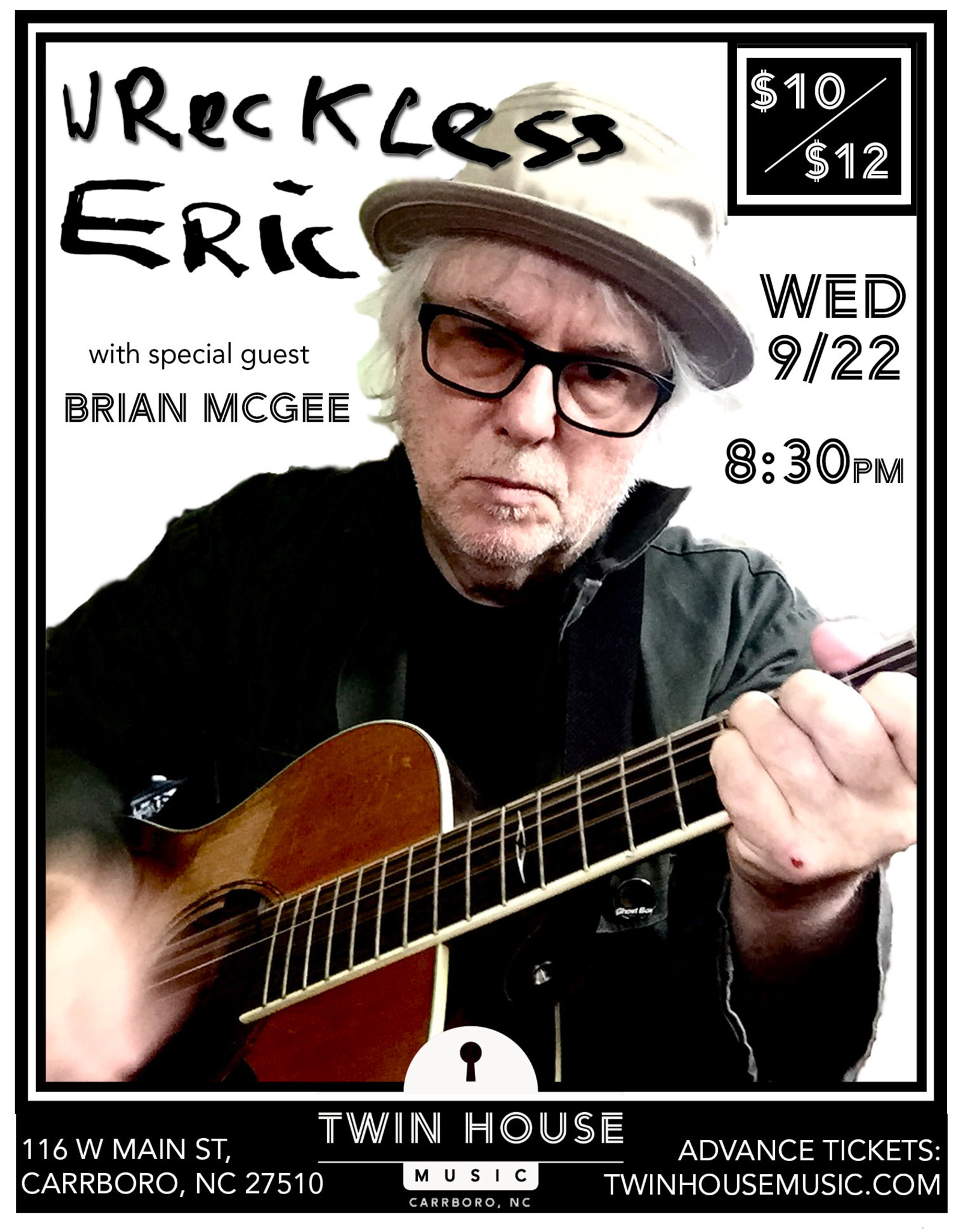 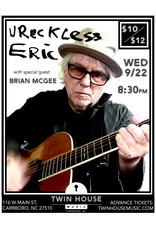 General Admission
*Please be mindful that this show is taking place in a store.
BYOB

This show will be limited to 40 general admission tickets.  Because of the way the Covid-19 crisis is going, masks will be required.  Please be mindful that this show is taking place in a store full of expensive merchandise.  The success of this show and potential future shows depends on everyone to do their part in being safe and respecting the space, while having a good time.  We look forward to the opportunity to this more often in the future.

As Wreckless Eric he needs little introduction—he wrote and recorded the classic Whole Wide World and had a hit with it back in 1977. Since then it's been a hit for countless other artists including The Monkees, Cage The Elephant and most recently for Billie Joe Armstrong of Green Day.

As Eric Goulden it's a little more complicated-a musician, artist, writer, recording engineer and producer, he didn’t like either the music business or the mechanics off fame or the name he’d been given to hide behind, so he crawled out of the spotlight and went underground. He went on to release twenty something albums in forty something years under various names-The Len Bright Combo, Le Beat Group Electrique, The Donovan Of Trash, The Hitsville House Band, and with his wife as one half of Wreckless Eric & Amy Rigby, finally realizing he was stuck with the name Wreckless Eric.

Eric’s three most recent albums ‘amERICa’, Construction Time & Demolition and Transience are widely praised as his best work to date. His albums encapsulate pop, bubblegum, garage trash and psychedelia. His live performance is a sonic journey through time and space incorporating songs from all stages of his long career.  Unmasked, unhinged and still alive-a survivor of Covid-19 (resulting in a near-fatal heart attack), Eric presents himself alone if not simply with electric and acoustic guitars, electrified harmonica, piano and electronics of his own making.

Brian McGee (Plow United/Sneakers Award) is a local singer/songwriter (by way of Philadelphia).  He spent his formative years playing in the Philly/Delaware DIY punk rock band, Plow United.  When Plow United called it a day, he moved to Western NC in time for W2K.  He ran around the southeast playing in old time string bands, contradance bands and his own solo Americana group up until 2011 when he and his wife moved to NJ for a spell.  He released 3 records under his own name.  For the last 6 years, he and his family have settle back in Orange County where he repairs guitars and runs Twin House Music.