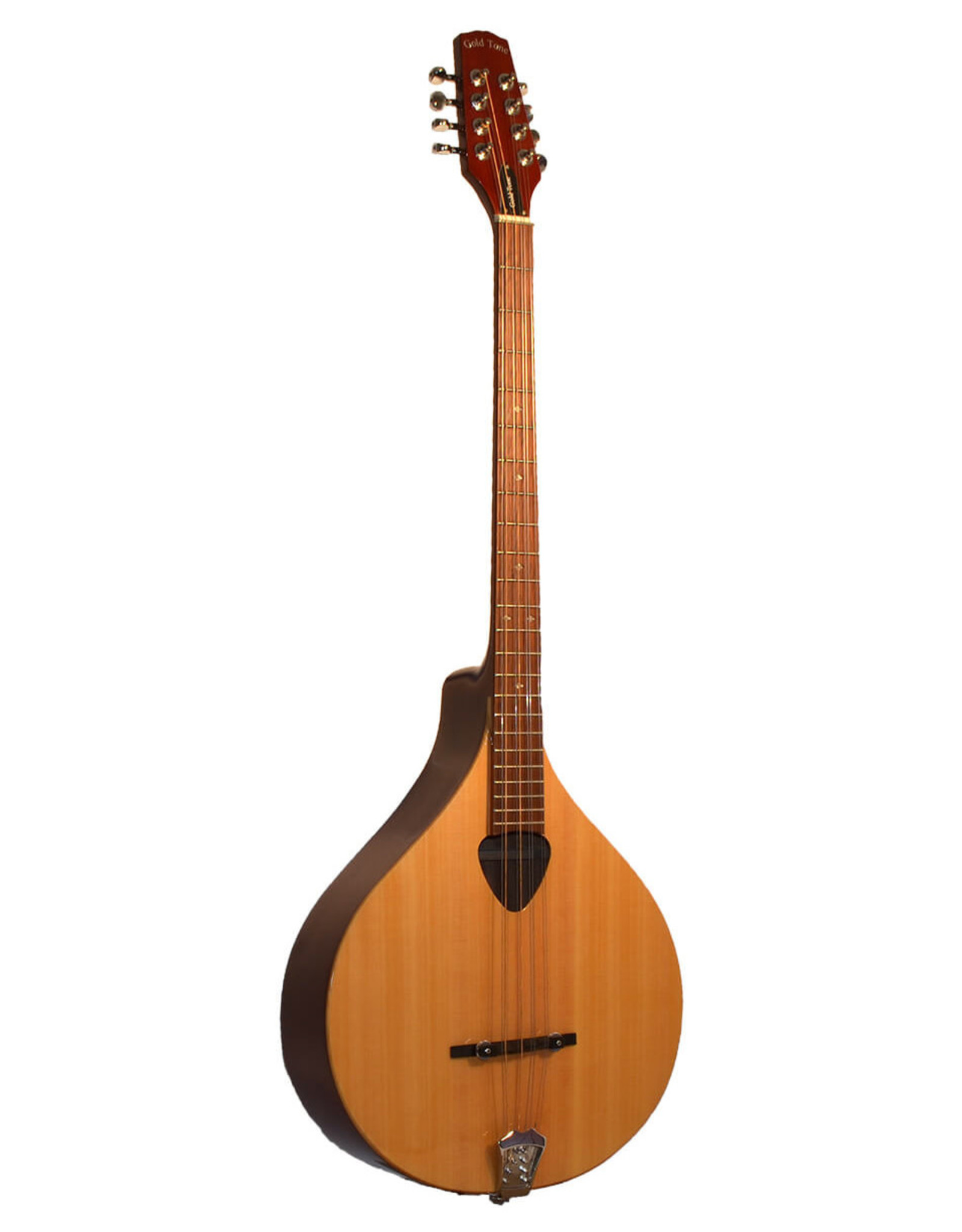 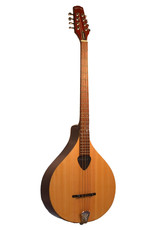 The Irish bouzouki (or cittern) Is a versatile instrument that can be tuned many ways (GDAD, GDAE, ADAD, and CFAD). It likely first appeared in 1969 when Irish musician Dónal Lunny was given a Greek bouzouki by a friend. Being left-handed, Lunny reversed the strings and mounted them in unison, changing the character of the instrument. This modified bouzouki became fully integrated into Irish folk music when Lunny popularized it in his band, Planxty, in 1972. Our BZ-500 is set up with octave strings for the third and fourth courses and unison strings for the first and second courses. It produces dramatic traditional Irish tone and is easy to play thanks to the precision setup by Gold Tone's skilled luthiers. Includes hard shell case.