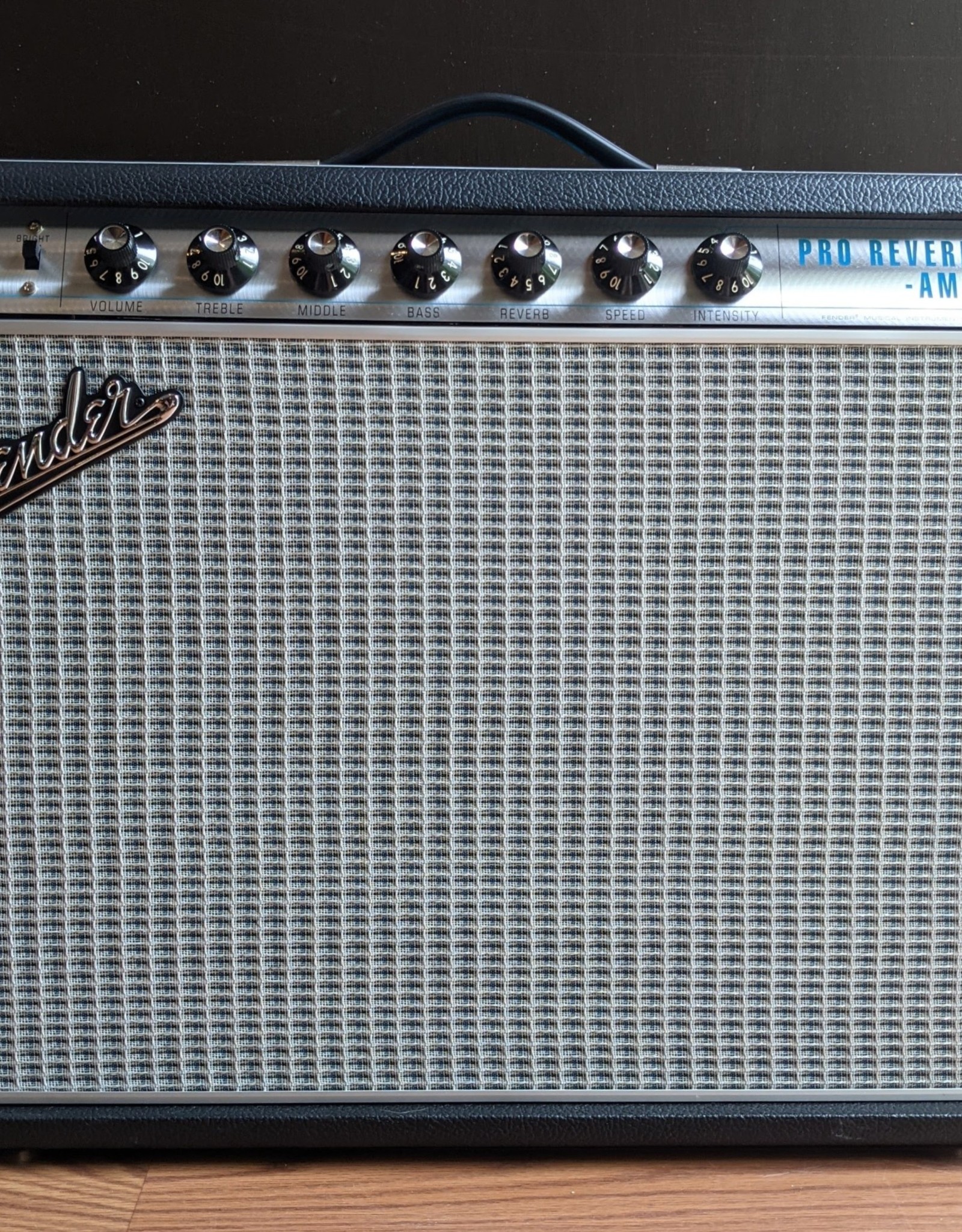 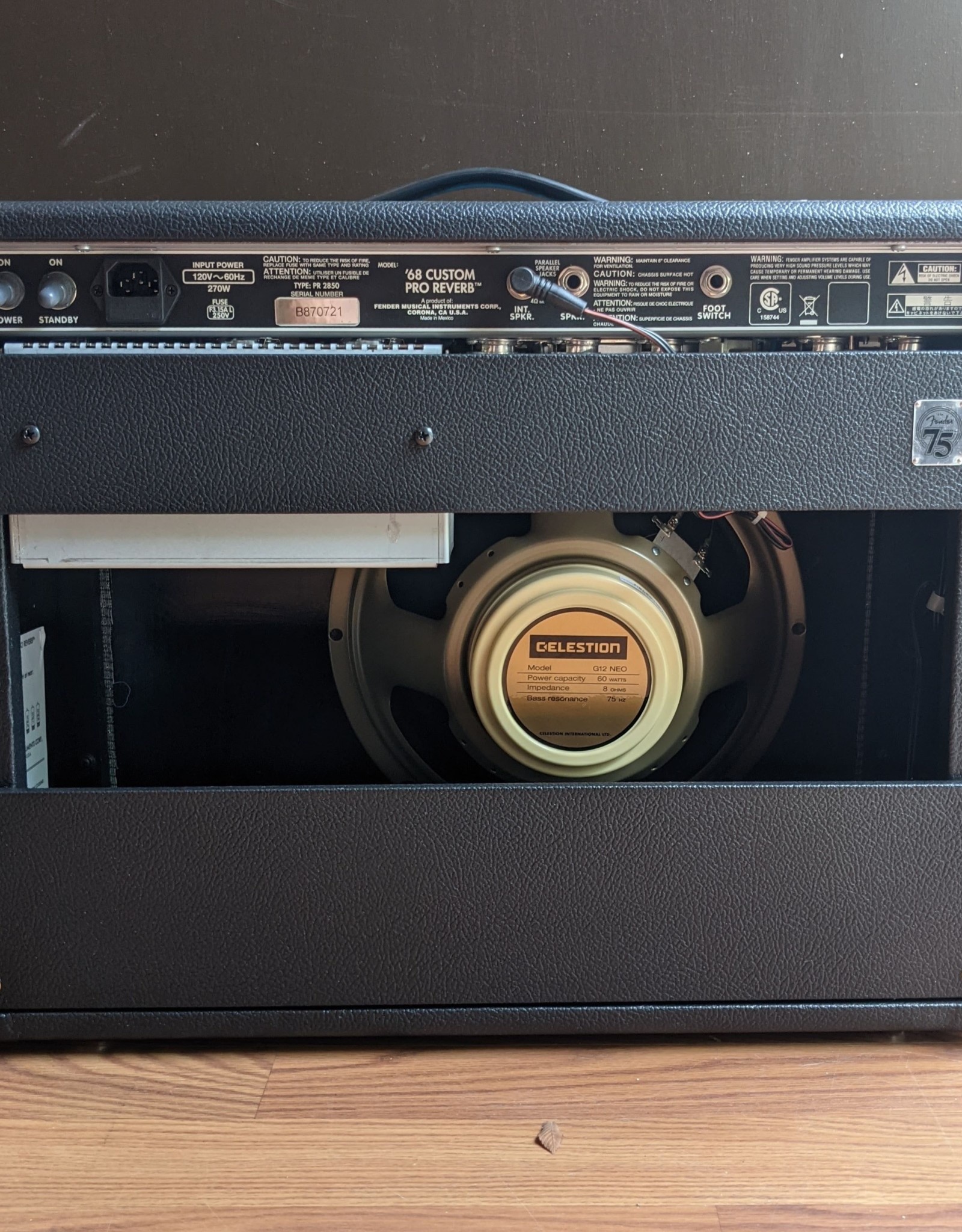 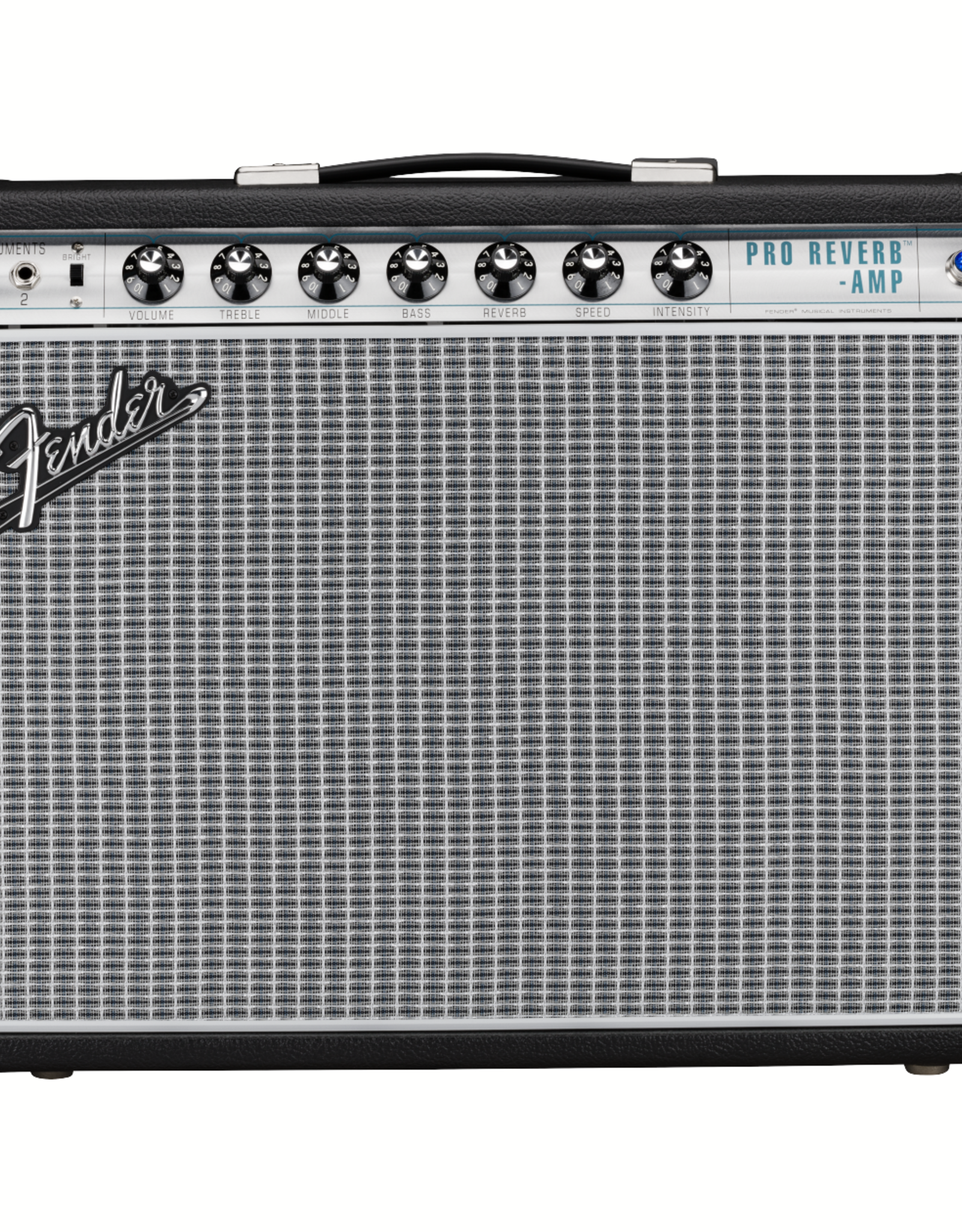 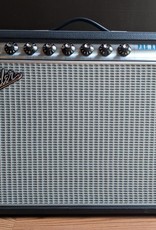 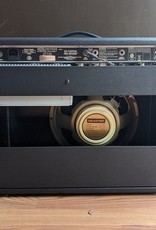 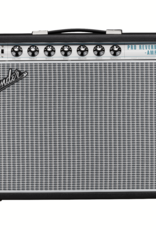 The ‘68 Custom series of amps has been an excellent opportunity for Fender to combine all the beloved elements of the original silver-panel amps with modern tweaks and improvements.  The tone maintains all of the beloved, dark Fender depth, while reduced negative feedback enhances the classic sparkle and increases touch-sensitivity.   Updated tone circuits make them even better pedal platforms, maintaining the amplifiers’ tonal characteristics while ensuring that your effects come through exactly as intended.

The ‘68 Custom Pro Reverb has gotten a seriously great makeover from the fine folks at Fender.  A redesigned tone stack contrasts with this amp’s black panel cousin, adding in a midrange control.  On top of enhancing your ability to sculpt your tone, the additional mids enhance the amp’s touch-sensitivity and adds musicality to the distortion when pushed.  The redesigned cabinet further aids the tonal versatility alongside a 12” Celestion Neo Creamback speaker, providing punchy tones and harmonic clipping.  From there we get back into the classic specs: 40 watts through two 6L6 power tubes, a rectifier with built-in sag, and tube-driven spring reverb and tremolo.