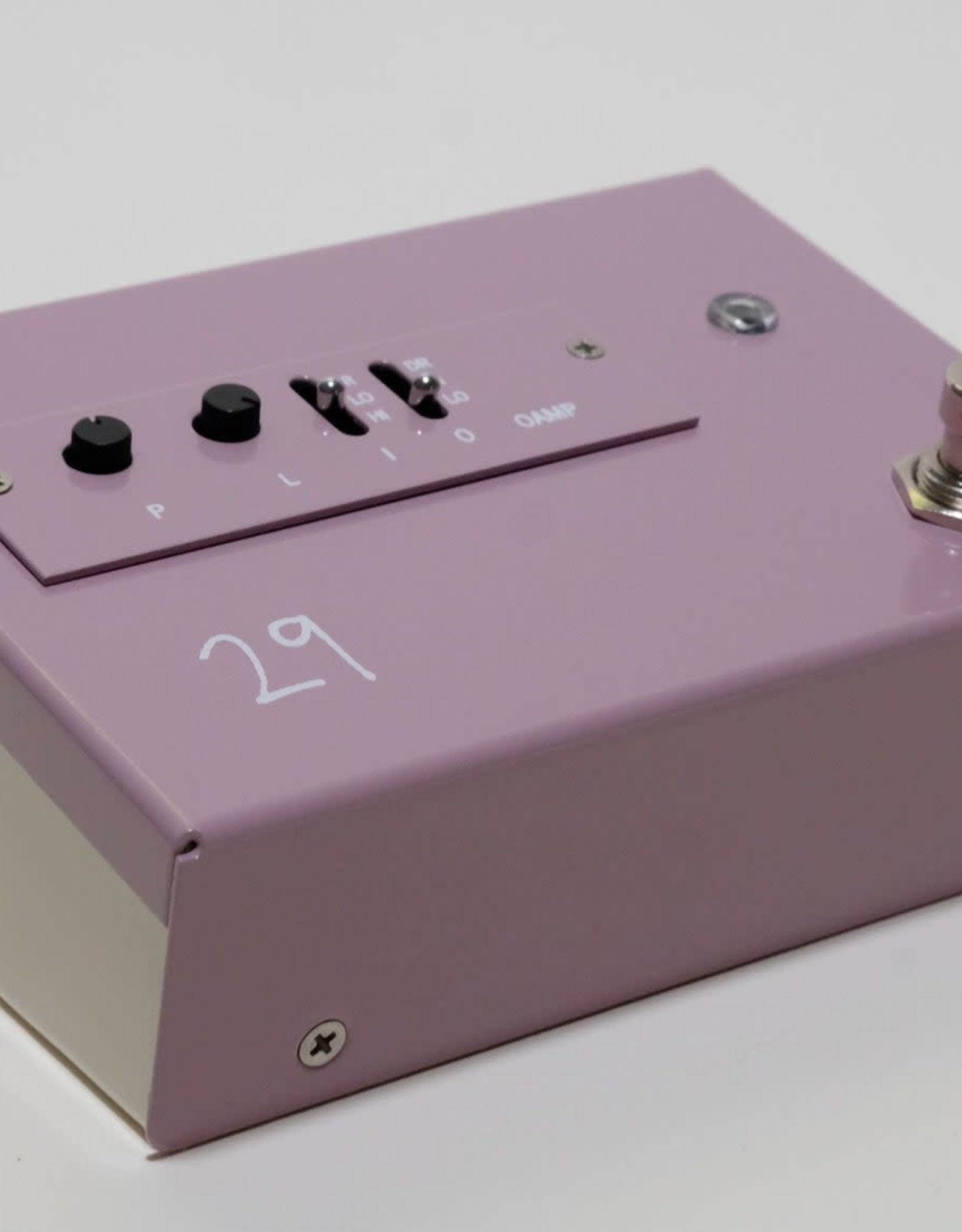 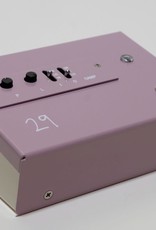 OAMP is the Output AMPlifier from 29 Pedals.

An output driver that replaces conventional buffers, line drivers and preamps, OAMP makes up to 29dB of gain, provides final signal conditioning and sweetening, and will drive lots of cable or capacitive loads. OAMP will drive down to 600 ohms! The alt path is similar to EUNA, it's active when the pedal is OFF. This will allow you to swap to a different output driver and create a sort of local channel-switching on your pedalboard. Also features the 29 Pedals WHATEVER power supply, which accepts 7.5 to 35 volts of AC or DC in either polarity with no change in tone. OAMP is made by 29 Pedals in California.

OAMP has strong enough drive to drive several loads, passive splitters are no problem. You can manage the 29dB of gain using the two toggle switches, each stage has low and hi gain settings as well as a fixed tone filter. The Level control sits between the two gain stages and doesn't affect the overall input and output impedances. The Presence control dials in some classic amp-style mid-scoop to tailor the midrange drive, or simulate an amp when going direct.