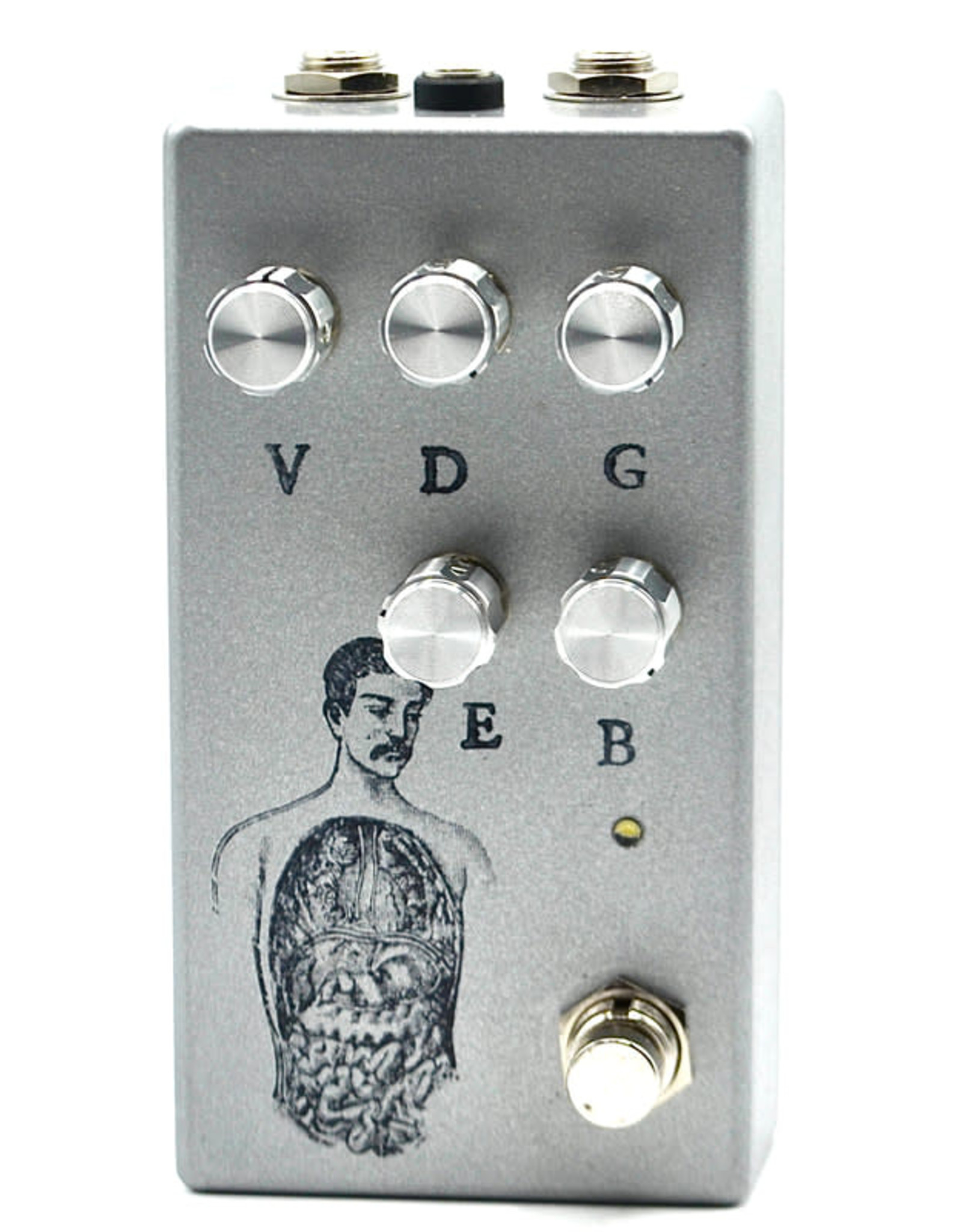 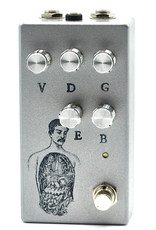 It all started when I pulled apart an old Hammond transistor organ and started monkeying around testing parts and whatnot. I developed a circuit around the components and found it to be a super desirable mid-gain distortion. We, as of now, don't make the pedals with the old parts, we are using new components. We tested hard and tried a lot of options to ensure the same warmth and character as the early Hammond's... the bonus is that the new components are less noisy... which is good. Until I buy and destroy more organs, I'm going to be building the Hammond's with new components.

Each batch of Hammond's I build is a little different from the last. I keep saying I'm going to find a perfect setup, but I never do...

This run of Hammond's has the original clipping formula, the original "Gain" which is now the Drive, plus added true Gain, Voltage and Body adjustments.

Jacks: In on the right, Out on the Left

D: Drive. How hard the signal hits the transistors. This has the largest control over the intensity of the distortion. CCW Less Distortion. CW More Distortion.

E: Electromotive Force... sort of, not really... it does change the electromotive force in an antique sense that it changes voltage, from 7v to 18v. When the Gain is dialed, and the E is at 0, it will gate significantly... don't worry it's not broken, the gain just wants more juice! The E & G are very interactive.

I called it electromotive force because I lost my H stamp (headroom), and didn't want another control labeled V. Anyway CCW warmer and softer, CW better articulation and more headroom.

B: Body. Controls the amount of low end in the circuit. CW most compressed, heaviest sounds. CCW for the brightest, cleanest sounds.

Each pedal is hand made, hand drilled, hand stamped and the pedal you receive may be different than the one shown.